Best not to say too much about Lulu. Perhaps she is not all that she seems?

Extract from The Chemical Detective

A Chinese woman inside the café sprang to her feet and hurried out towards her.

‘I’m Dan’s sister, Lulu.’ The young woman marched back into the café, turning her head and beckoning. ‘Come.’

Jaq followed. No sign of Dan. Perhaps he was parking a car and had sent his sister on ahead.

‘Sit down.’ She spoke with a strong accent but the command in her voice was unmistakeable.

Jaq sat down opposite her. Lulu wore her hair in a short bob, a glossy black frame for a striking face – high cheekbones, small nose, thin lips, pointed chin. Difficult to judge age, but she looked to be in her late twenties. Small and slim, she wore a frilly white blouse, a short tartan skirt, opaque turquoise tights and wedge-heeled shoes. No obvious family resemblance, either in features or fashion sense. But then Dan was a boy, who wore the same clothes – jeans, T-shirt and padded anorak with fur-lined hood – for the four years he had spent at Teesside University.

‘Vanished?’ Jaq put her hands flat on the table. In the last few hours? Since he replied to her message? ‘Today?’

A waiter approached, and Lulu ordered green tea for them both.

Two weeks ago? ‘So, it wasn’t Dan who asked to meet here?’ 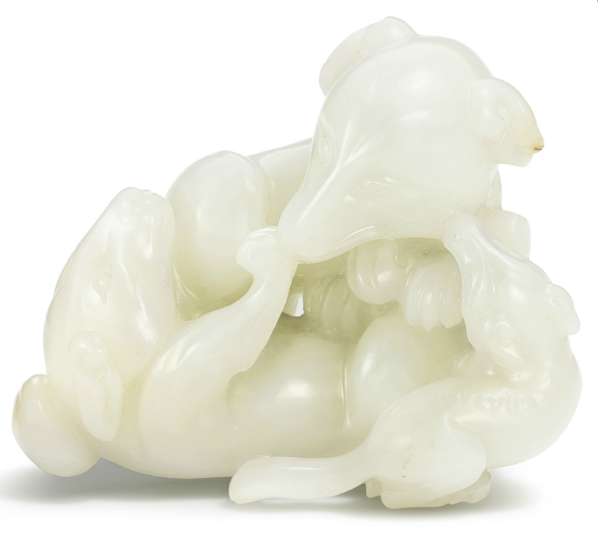 The last of the rare earth metals takes the Latin name for Paris, Lutetia, in honour of the French chemist Georges Urbain who separated Ytterbium and Lutetium in 1907 and published just before Karl Auer in Germany (who named element 71 – cassiopeium) and Charles James in the US (who opted for aldebaranium).

Lutetium is the most expensive of the rare earth metals; it is not only rare but difficult to extract

Apart from use as a catalyst in oil refineries to help transform or “crack” heavy oils into useful lighter products, Lutetium is rarely used outside of the research lab.