I visited Kiev, capital city of Ukraine, on my way to Chernobyl (of which, more later).

The centre of Kiev has always been beautiful, but now it’s buzzing as well.

Everyone wants to tell you about the February 2014 Revolution of Dignity. This was not a bloodless coup; over one hundred people were killed—many shot while protesting peacefully. The martyrs are commemorated in the Avenue of the Heavenly Hundred Heroes.

According to the charming and enthusiastic locals, the sacrifice has prompted seismic change; Ukrainians have woken up and started doing things for themselves 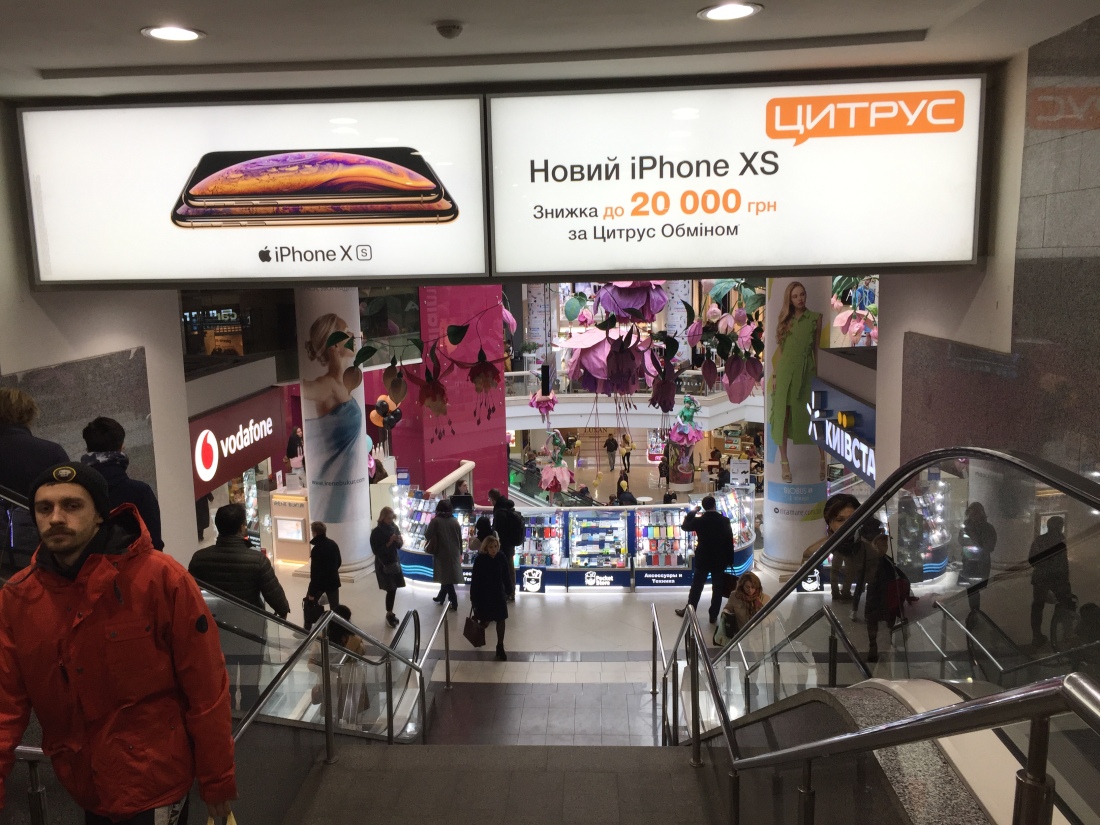 There’s lots to see and do in Kiev: from the Museum of Corruption (Mezhyhirya) to the 12th golden domed century Lavra monastery and its grisly caves of corpses (Kyiv Lavra Pechersk); from the Byzantine frescoes in St. Volodymyr’s Cathedral to the Microminiatures of Mykola Syadristy.

A vibrant night life means new bars and restaurants springing up in unusual places, like the fabulous Last Barricade – underneath the Lydasky gate (OБ).

To get the best out of the clubbing scene, a little local knowledge is useful if you want to avoid the seedy remnants of a Soviet gangster and brothel culture. I suspect that the men only Dolls Club is not designed to help men get back in touch with their feminine side or address the gender bias in children’s toys. 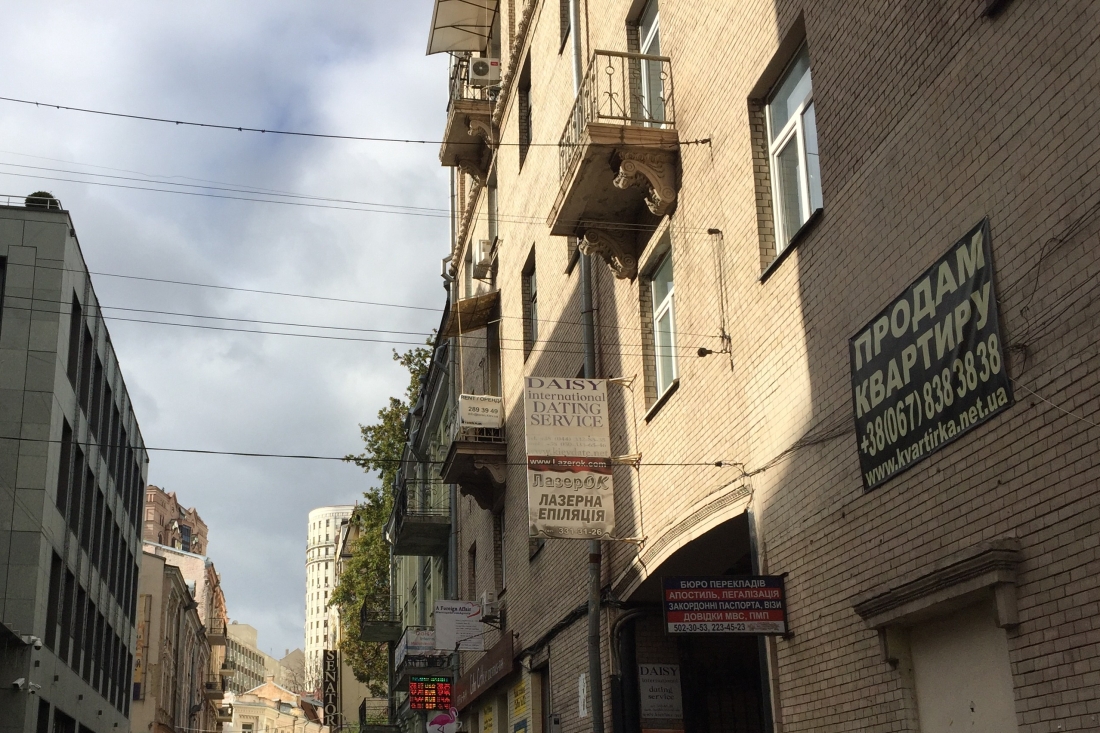 Other symbols of the Soviet period are being eradicated: streets renamed, statues of Lenin removed along with the previously ubiquitous hammer and sickle. The Ukrainian Orthodox Church, an important influence, is about to become independent from Moscow for the first time since 1686.

The bread basket of Europe has a rich (and brutal) history. Ukraine has been invaded by Mongols, Tartars, Lithuanians, Poles, Napoleon, Hitler and Russia.

The victims of Holodomor, man-made famines during the soviet era, are remembered in the harrowing memorial high above the river Dnieper. 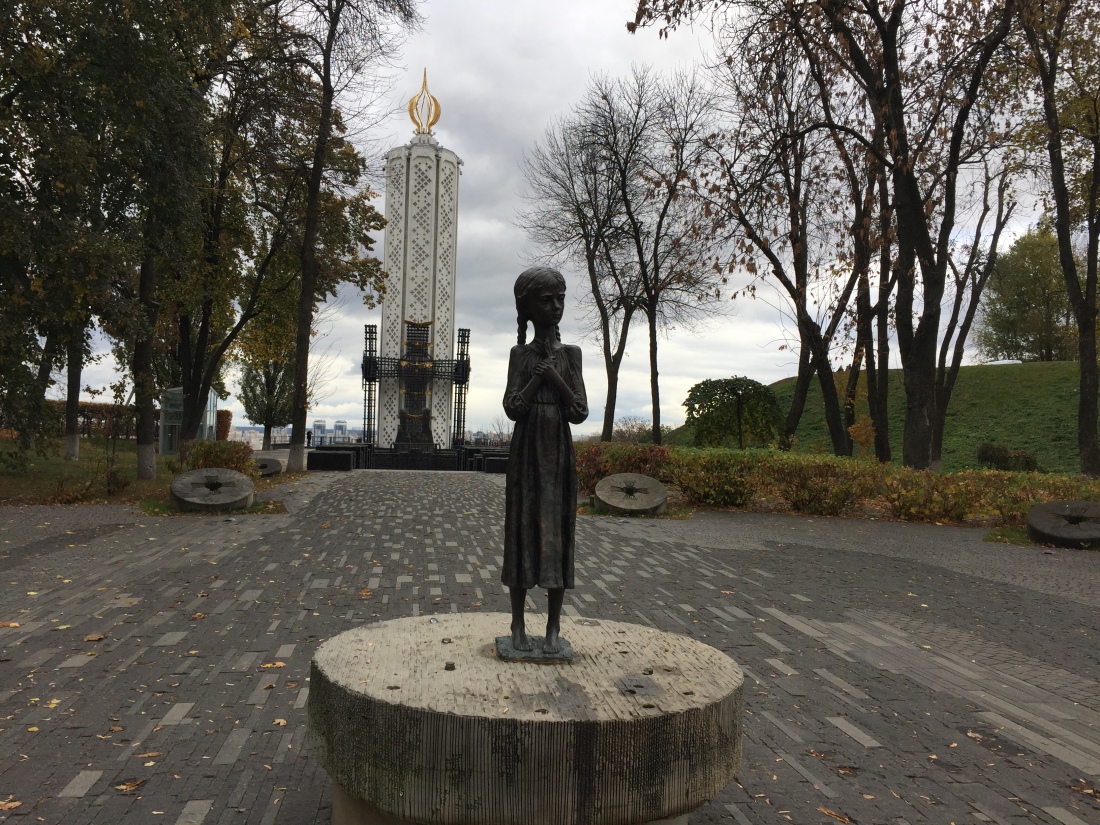 Few people wanted to dwell on the recent invasion of Crimea and the ongoing battles in Donetsk, but Kiev hosts a display of Russian tanks and armoured vehicles recently captured in eastern Ukraine.

As a newly independent country, nationalism sometimes veers dangerously close to replacing one form of oppression with another. There are moves to make Ukrainian the only permissible language, including a proposed requirement for all minority language newspapers to carry a full translation.

With over 40% of the population speaking Russian at home, will this be a confrontation too far for the bear in the east?

Fiona Erskine’s debut thriller “The Chemical Detective” will be published by the Oneworld imprint, Point Blank Books in April 2019.