Tours to Chernobyl must be booked well in advance. There are several tour operators; I selected one (Chernobyl Tour®) based on their website.

On the day of the tour, I left my aparthotel (Senator Maidan) before dawn and walked across the Maidan Nezalezhnosti, the central square in Kiev, to the metro station.

The main character in my thriller, The Chemical Detective, uses public transport wherever possible, and forces me to follow in her footsteps. Fortunately, Kiev metro is extremely easy to use, you can swipe a contactless credit card over the barrier or buy a token at a booth for 8 Hryvnia (20 pence) for a single trip. Trains arrive every few minutes and station signs are in both Cyrillic and Latin script; station announcements are in Ukrainian and English. 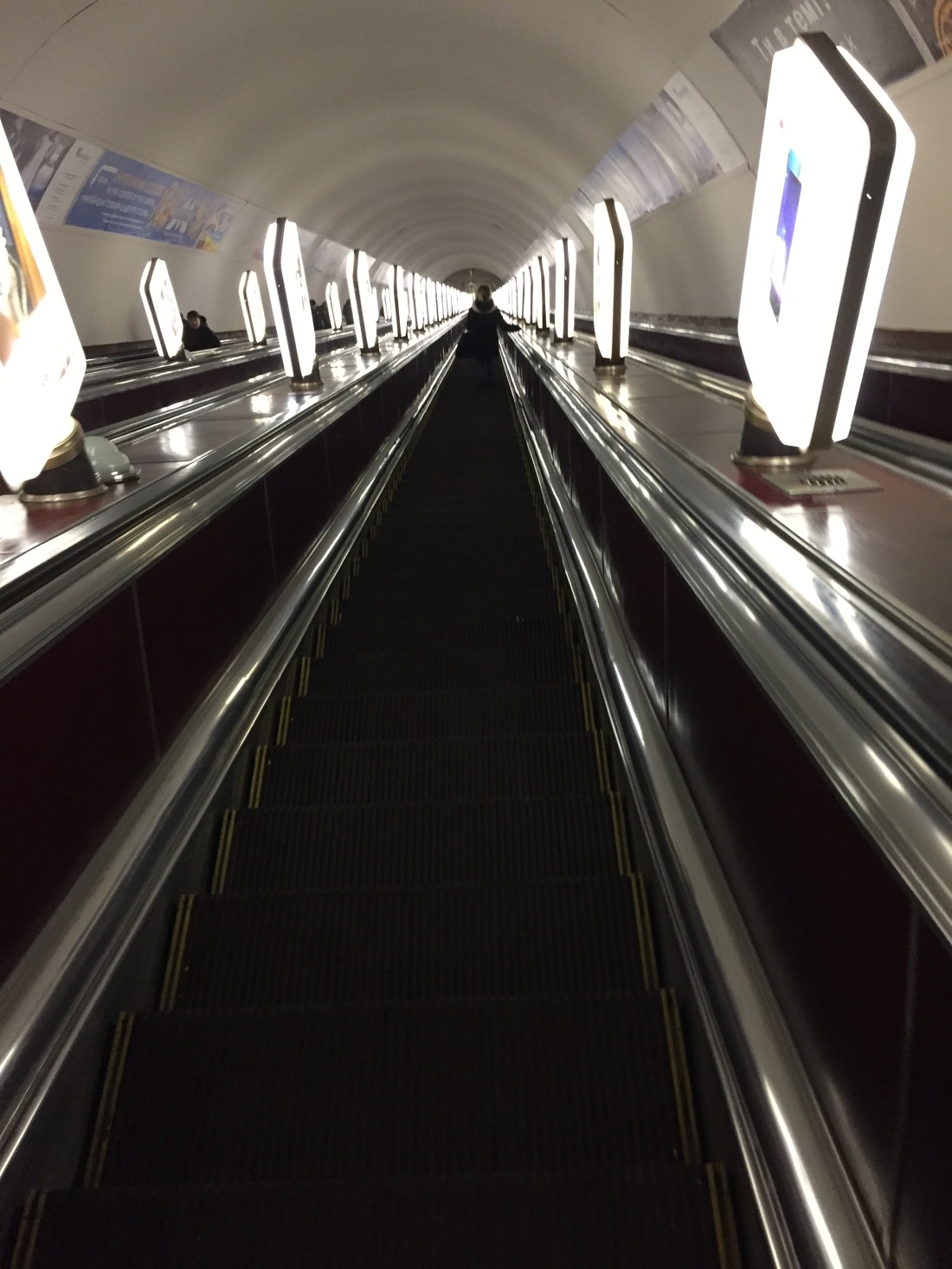 Arriving in the main railway station, I navigated crowds and underpasses to find the meeting spot. Chernobyl Tour® had been crystal clear on the requirements: passport details must match those on the application, right change for the balance of payment, sturdy footwear and clothes that covered. I passed inspection and climbed aboard a 15-seater minibus. 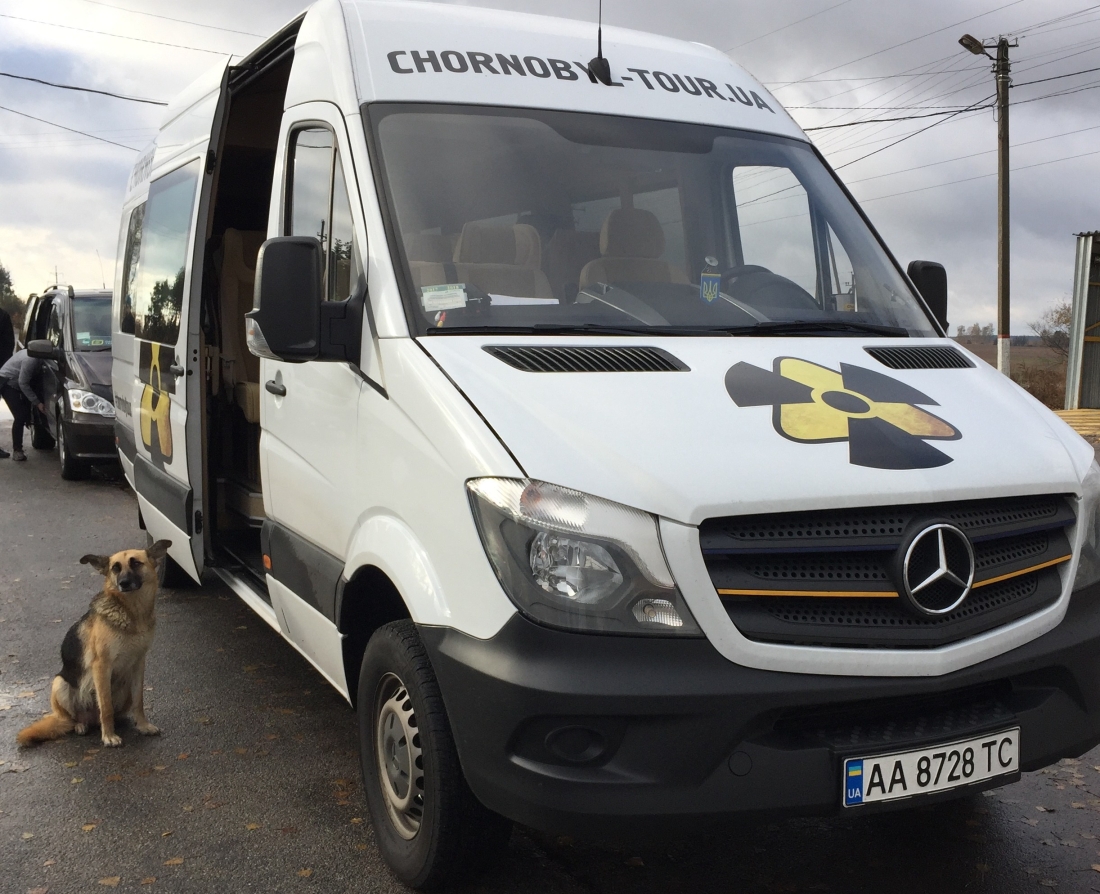 My tour companions included a charming German who took most of the pictures of me (thanks Max!), an Australian, a trio from Kerala, India, an Austrian, a couple on their way to New Zealand, two Danes and a retired couple from Texas, USA.

The minibus set off at 8am and our guide, Elena, spelt out the rules as we drove the 100km from Kiev to the first checkpoint.

Elena has a wicked sense of humour, but I seemed to be the only one sniggering at her stream of jokes about drugs, alcohol, Tinder dates and radiation mutations. So, she played us a video instead, The Battle of Chernobyl, an account of the clean-up after the accident.

At the first check point, Dityatky, the minibus stopped outside a souvenir shops that sold coffee and we made use of the last civilised toilets.

A policeman examined our passports carefully, matching them against the approved list. Once everything checked out, the barrier was raised, and we entered the 30km exclusion zone.

Fiona Erskine’s debut thriller “The Chemical Detective” will be published by the Oneworld imprint, Point Blank Books in April 2019.